A Revolution in Tie Racks

Fast Track Tie Racks Was a Revolution
in Tie Racks

Barbara Arner was frustrated. As the office manager of her husband’s podiatry clinic, she was not finding an outlet for her natural creative, entrepreneurial abilities. At her birthday party she declared, “I’m going to come up with a great new product idea and make lots of money from it.” Two weeks later, she had it!

Her revolutionary product idea was born out of a problem she had with her husband’s ties.They always seemed to end up on the floor of the closet. Also, he tended to wake her up in the morning while rummaging through a dark closet to find the exact tie he wanted. Her idea was to have a tie rack that automatically revolved like the mechanisms found at dry cleaners. She also wanted a light to go on when the ties revolved.

Barbara contact Ken Tarlow and visited Tarlow Design studio. After Ken signed a confidentiality form, she told him her idea. At first, Ken was a bit skeptical. “Will people really pay the additional money required to have the ties rotate?” We decided to build a concept prototype to test the key features and get feedback from potential buyers. A focus group was created, and it turned out that most everyone loved Barbara’s revolving tie rack. 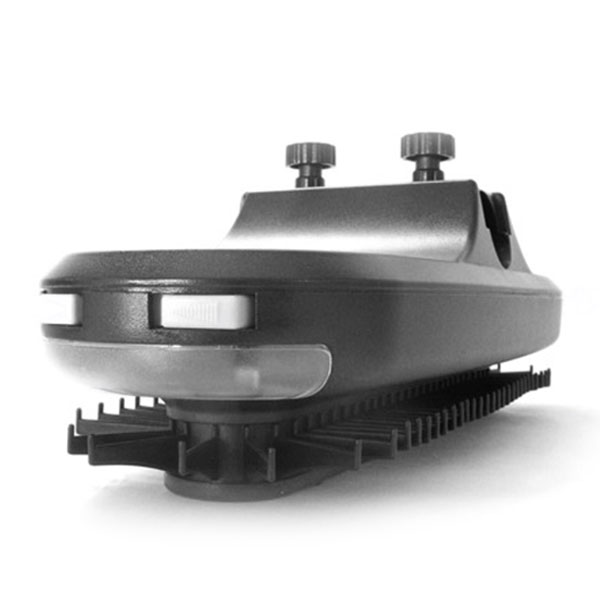 Many of the women in the focus group said that it would make a great gift for their husband or boyfriend and that they had a hard time figuring out what to get them for birthdays or holidays. Since over 50% of retail sales occur during holiday season, Barbara and Ken realized that they might have a hit on their hands.

With that confirmation, Tarlow Design proceeded to fully develop the Fast Track Tie Rack. We produced engineering drawings and created a good-looking functioning prototype. Then we contacted our Asian manufacturer to obtain tooling costs and unit costs. The tooling costs ended up being more than Barbara was willing to risk, so she asked us to find a licensing partner. We found a licensing partner who then took the prototype to a Chicago housewares show.

You can currently buy a Fast Track Tie Rack at your local Container Store.

Please Fill out the form and a
member of our team will get in touch.